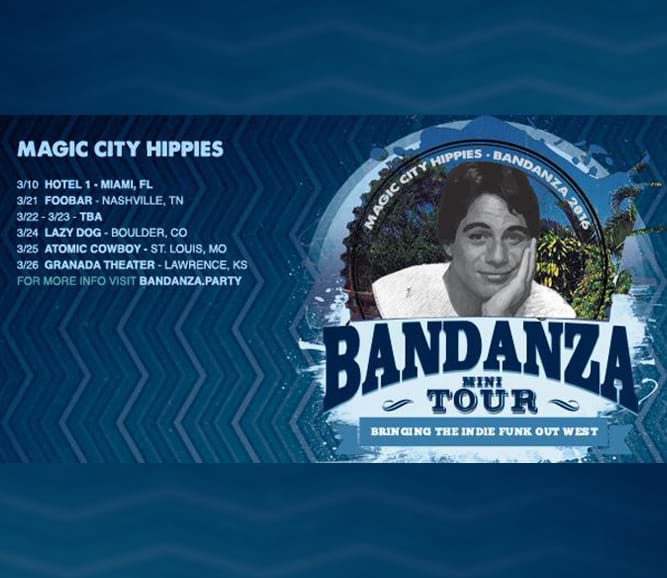 We recently spotted the band in the Midwest newspaper, The Patch. Check out their cool “Music Forecast” for the week of March 26th below:

The band played at The Granada in Massachusetts last Saturday 3/26, and will be wrapping up the midwest “Bandzanza tour” later this week.

Check out the music video below of the hit single “Bull Ride.”