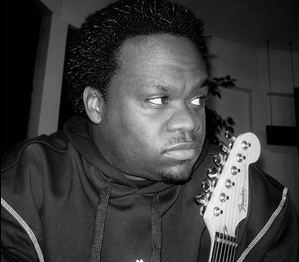 Missing Link Music is happy to announce the signing of jazz guitarist, composer and producer Rick Watford to its administration roster!

Rick is one of today’s foremost musicians. His unique style is full of heart and soul, and is the reason why many of today’s top producers have used his gift for their chart-topping hits. He has performed on-screen in television and films such as Tyler Perry’s “Madea’s Family Reunion” and T.P.’s “Family That Preys”, and also in the motion picture “The Fighting Temptations”.

Rick not only performed on screen in these films but also worked extensively on the soundtracks, while even co-writing some of the material. He has also played and/or produced on many chart-topping and Grammy-winning songs. Much of his work has also contributed to several gold and platinum records. Rick has a style that once heard, is always talked about and sought after. However, he has always maintained a disposition of professionalism and humility. This is what keeps him striving to be one of the best in his field.

Check out Rick Watford Playing at a Guitar Shop: