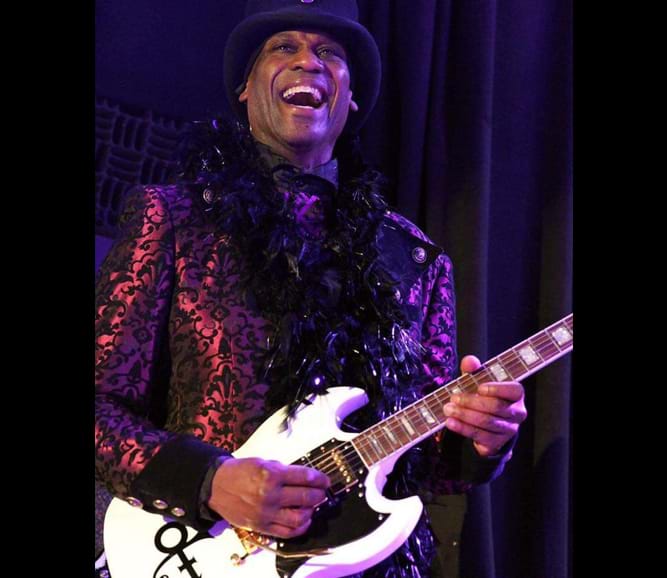 Seasoned musician Jellybean Johnson is a drummer, guitarist, songwriter and producer who began his journey as a member of the band, The Time; during that period he worked closely with legendary producers, Jimmy Jam and Terry Lewis. After The Time’s breakup, multi-talented Jellybean continued to create music for other artists such as Cherrelle, Mint Condition, Nona Hendryx, and New Edition. One of the first was Alexander O’Neal’s “Innocent” which he was the session drummer and guitarist. This #11 R&B hit placed Jellybean on the radar and from that point on, was in high demand. In 1990, Jellybean Johnson most notably produced Janet Jackson’s “Black Cat” and that fire power still follows him from session to stage.